Even if you don’t celebrate or mark Christmas I think it’s hard not to be aware of it or affected by it.

Here in the UK I’ve seen Christmas cards in the shops as early as August and, as I write this, it’s early November and momentum is gathering…

The giving and receiving of gifts is a key aspect for many of us and huge amounts of time, money and thought go into them.

In some ways the size or cost of the presents we give can be seen by the recipient (and us) as a measure of the relationship – the larger and more expensive the gift, the more we love them?

But is this true? Do we want it to be true?

Have you ever received a gift that you returned to the shop or re-gifted to someone else? Have you given someone else something that they really didn’t need, didn’t like or won’t use?

And what if you’re spending money that you really can’t afford, or which would be better spent on something else instead? Have you locked yourself into a cycle of giving and receiving with some people in your life that you feel you can’t escape? Could you scale it down?

Martin Lewis, the money saving expert, has a few things to say on this in his blog ‘Is it time to ban Christmas presents?’.

He makes a very good point about creating unfair obligations on others: “By giving a gift to someone, or their children, you create an obligation on them to do the same, whether they can afford to do so or not. If that obligation is something they will struggle to fulfil, then you’re actually letting them down.”

And what he says about the ‘zero-sum’ game (where people exchange gifts of similar value) reminds me of a favourite episode of one of my favourite programmes: ‘The Big Bang Theory’.

In this episode, knowing that Penny was going to give him a present, Sheldon bought several ‘beauty baskets’, each of a different value. His plan was to open her present first and then give her whichever basket was closest in value to the present she gave him – I must admit, I could really see the logic in his argument. As you might expect, it didn’t go quite as he planned – after all, it is a comedy – and this is how it turned out.

I took the ‘no presents’ route, myself, with friends and some family members several years ago on the basis that most of us already had enough ‘stuff’ and I’d much rather spend time with them doing something we both enjoy than exchange gifts.

We arrange to meet up instead. Sometimes this means deliberately avoiding the ‘let’s meet up before Christmas’ urge and booking something in January. This relieves pressure on our December diaries, extends the fun over a longer period, spreads out any costs of meeting up and gives us something to look forward to in the lull after the main events are all over.

So, if any of this has touched a nerve with you, now might be a good time to think about re-negotiating your present giving with some people this year?

If the ‘no presents’ route feels too hard, then how about sticking with the ‘zero-sum’ model and agreeing a more reasonable price limit on your gift exchange instead? I know several people who do this very successfully – it tends to bring out lots of creativity and can be a lot of fun.

The choice, as they say, is yours… 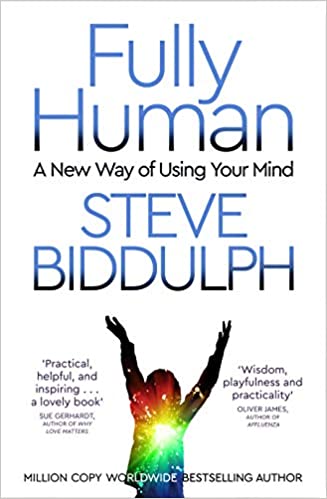