We all love a good gossip – don’t we?

And what’s the harm – really?

If I only tell one person, then that’s OK isn’t it…?

Or should I try and be ‘good’ and not indulge at all?

And when does talking about someone else become gossip, anyway?

One of my counselling tutors used to quote an old Yiddish proverb:

I also like what Eleanor Roosevelt said on the subject:

Let me confess, at the outset, that I’m not immune – I love discussing ideas, I talk about events – and I do sometimes talk about people, too. I can also relate to the ‘guilty knowledge’ bit – I’ve heard things that I wished I hadn’t, that afterwards I’ve wished I could ‘unhear’.

So, when does talking about people become gossip?

In my experience, gossip tends to involve mainly negative things – how often do you hear good things about other people in this way?

And maybe it’s the way we talk, and the emotions that go on for us as we talk, that distinguish gossip from other conversation?

Oxford Living Dictionaries defines the act of gossip as:

“Casual or unconstrained conversation or reports about other people, typically involving details which are not confirmed as true.”

And the noun, when it’s referring to the person gossiping – and this is a derogatory term, by the way – as:

“A person who likes talking about other people’s private lives.”

‘Casual or unconstrained’ – these seem significant, as does the fact that the details might not be true. And who among us would want to be known as ‘a gossip’?

So maybe it is about how we talk and the emotions that we feel as we do it?

What are our intentions? Do we care whether the details are true or not?

Is there some Schadenfreude involved? Do we sometimes experience a frisson of pleasure in other people’s misfortune?

Isn’t that the shadow-side of being human? Especially if the person concerned has done us harm in some way? Maybe we see it as Karma, them getting their comeuppance, what comes around goes around in other words?

Or maybe we’re just jealous of them and like to be reassured that their apparently perfect lives aren’t?

Or do we join in with gossip so we fit in with our friendship group? Or at work?

Do we like what all this says about us? Or do we accept that, now and again, being only human, we’re likely to do this?

Lots of people I know were brought up on the mantra:

“If you can’t find something nice to say, then don’t say anything.”

And I don’t think this is a bad rule of thumb.

Maybe, like a lot of things in life, it’s about self-awareness, mindfulness and ‘all things in moderation’. Noticing what we’re doing, thinking about why we’re doing it and what effect it could be having on ourselves and other people.

And perhapse it’s also who we do it with that matters. Are they in our trusted circle? If it’s a good, close friend we’re talking to it might feel more like a confession and a confirmation of our own humanity where we’re sharing a bit of our shadow side – ‘I don’t feel good about how I feel about this’ – and knowing they’ll still love us anyway?

I must admit that when I hear certain people I know talking about someone else I do sometimes flinch and wonder what they might say about me when I’m not there – and it reminds me of the Spanish proverb that says:

“Whoever gossips to you will gossip about you.”

Lastly, I don’t think it’s just about what we do and say in our personal lives but also what’s in the wider environment – what we choose to read, believe and share from the plethora of information published, circulated and broadcast to us across all types of media,

‘Bad news sells’ but wouldn’t it be great if we could get just as excited about good news, too? There are people who focus on just this – and it can be a great antidote to all the negativity to which we’re exposed – here are just a few places I found online – enjoy!: 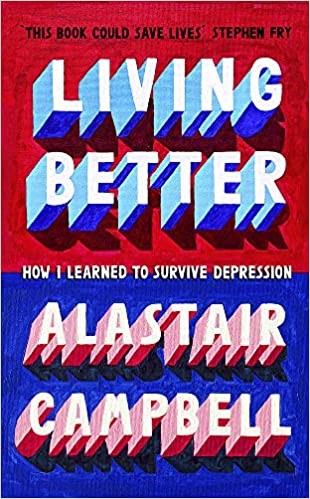