Thinking Inside the Box…?

Most of us are pretty familiar with the phrase ‘think outside the box’ in terms of taking a more creative approach to something.

But there’s an article in today’s Metro which I saw being discussed on the Jeremy Vine show on Channel 5 about a company selling boxes to put over your head and help you think inside the box.

The panel on the show had some boxes similar to those being sold and put them over their heads while they discussed it.

The discussion was pretty light-hearted and did make me smile – and I leave you to form your own views as to the usefulness and pricing of the article in question.

Personally, I have a vivid image in my mind, now, of a person in a the middle of an open plan office with a box on their head covered in rude and funny Post Its from their mischievous colleagues…

But, of course, there’s a serious point here, too – about how we can all benefit from taking a break, ‘unplugging’ every now and again.

Taking ‘time out’ to be rather than to do and to allow ourselves (our mind, our body, our spirit, our emotions – our whole system, in fact) to catch up, to process – and to release that creativity we all have and which so often waits in the wings for an opportunity to express itself, if only it were given the chance to do so…

I know I benefit from taking 20 minutes out during a busy day to do something completely different – and also from my ‘unplugged Sundays’, the one day each week where I avoid logging onto to my PC or looking at my phone.

Maybe rather than put a box on your head you’d rather go outside for a walk (as I do) – it’s all down to working out what works best for you. 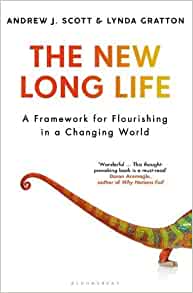